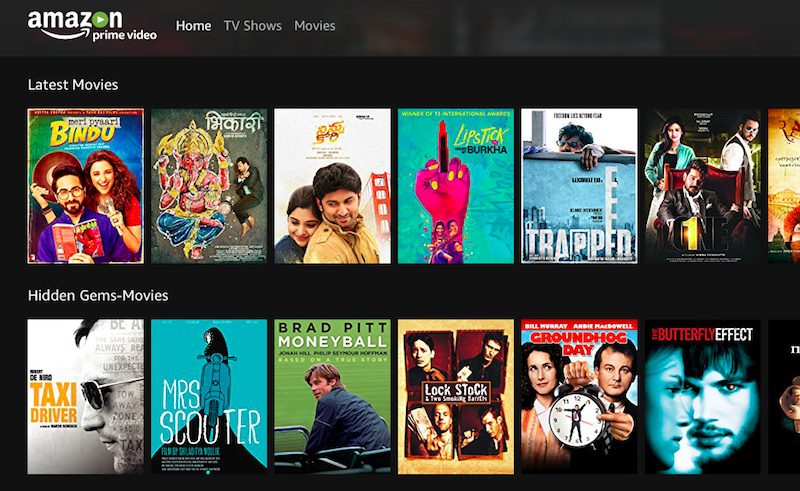 Amazon.com’s video service will look to add more regional content in India, two company executives said, as it competes with a host of global and local players for a bigger share of a fledgeling online streaming market.

In little after a year of its launch in India, Amazon’s bet on original Hindi shows and a library of films in five local languages has paid off – India is the fastest growing market for its Prime Video service, Tim Leslie, global Vice President at Amazon Prime Video, told Reuters in an interview late Saturday, on the sidelines of the India Today Conclave 2018 in Mumbai.

Beyond Hindi shows and Bollywood movies, Prime Video has also been broadening its film catalogue in southern Indian languages such as Tamil and Telugu, Asia-Pacific content head James Farrell said.

“We want to figure out how do we do more in the South,” Farrell said. “We haven’t announced any originals yet from the South but we are looking to do as much as can be done.”

The duo declined to give subscriber numbers, saying they have tens of millions of Prime customers. Prime is the world’s largest online retailer’s customer loyalty plan that costs an annual Rs. 999 ($15) and offers faster deliveries, access to early deals and a subscription to its video and music streaming services.

India is key to Amazon’s global ambitions. Online retail is booming in the South Asian nation and its media and entertainment market is tipped to grow to more than $31 billion (roughly Rs. 2 lakh crores) in two years, from $22.7 billion in 2017.

Cheap data has spurred the rise of streaming video usage in India, the world’s fastest growing web services market, and turned it into a battleground for content wars between global giants such as Amazon and Netflix as they look for growth beyond a saturated US home market.

Asked if Amazon could begin streaming cricket in India, a country of 1.2 billion people famously obsessed with the sport, the executives said they were looking at sports content opportunities globally.

“It’s day one in sports for us and we’re getting involved in it,” Leslie said, adding the company had begun streaming US football games globally and was striking deals for sports such as tennis. Amazon does not stream sports in India currently.